I'm just posting this so you know we haven't died.  :)  We're doing what we can to get ready for the kick starter and diligently working as our alter ego day job goers to make ends meet.  By day, I'm a mild mannered computer programmer helping to fix companies in desperate need of experienced specialists and by night, I'm a newspaper reporter for the daily planet.  Er...   That's another alter ego.  By some nights, I make this game and shoot video for kick starter.  Dragons.

I've also been researching dragons all over the place.  Eastern, Western, Dragon Men, Elemental Dragons, Dragon Warriors, and a lot of culture surrounding them.  Dragons...

Even though this first game version doesn't include dragons directly, its leading to its sequels and sister game and I think the dragon mechanics will be awesome.

Again, the project is constantly improving.  And in a couple weeks, we'll be hoping for your support in helping us afford the pro licensing for better lighting, shadows and an assortment of additional benefits for the game.  We are also considering developing this for Ouya as well.  It looks like we'd be the first larger scale RTS on it.  Of course with the Ouya financial boost, we'd also be limited to them for the first 6 months after release.  But perhaps that's reasonable.  Still in discussion.  Hope to have kick starter started up soon. :)
Posted by Dan Violet Sagmiller at 7:32 PM No comments:

Hey!  Internally, we are considering a KickStarter.com project for the game, to help raise funding for licensing  (No shadows right now, need Unity Pro for that).  But I need need help for this.  To make sure it has its best shot, we are looking for dragon art to use.

The game we are working on now is one of three games, to produce an over all RTS where you get to pay the parts you want.  This part, the first of the three, is a City Builder.  The next two focus on Tactics and Strategy.  Its a war across multiple planets, without the use of space travel, but by warping from planet to planet.  And, it is a war against dragons.

We are looking for artwork to help show that war, of the characters in it.  The humans have soldiers, tanks, bunkers and trucks.  The Dragons come in 3 primary variety; Western, Eastern and Dragon Men.

Eastern, Chinese/Asian, is the typical serpent style dragon, without wings, as shown here: 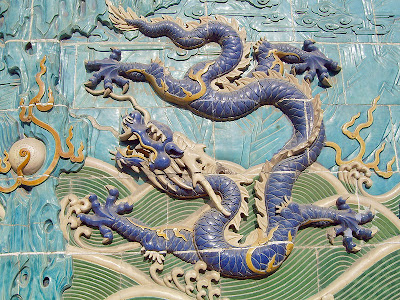 Western is the type we see in US movies often, with 4 legs and wings, as shown here: 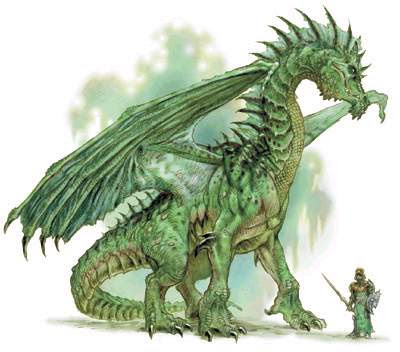 Dragon Men on the other hand are not so typical.  Still possessing the tail, wings, scaly skin, fangs, etc.  standing about 10-12 feet tall, their wings are not usable for flight any more.  The wings have hardened, and their personalities might find them in X-Games, surfing down the side of a mountain on their wings.  (as I mentioned, Hardened wings)  Strong, Fast.

All the dragon types have magic at their disposal, But for most, it is not that powerful.  I'm looking for individual art, or battles, to help paint a portrait of the game.  The tactical game is a cross between a first person shooter and a typical RTS in that you might command a squad of troops or control an individual member of the troop.  You might be a single squad building a bridge, or have 2 dozen dragons against you.  or be dropped into a large scale battle with 50 squads against 50 dragons.

I'm open to pay for the Art, if we use them, but you need to understand that there is no guarantee of payment.  Once the game begins to profit, we have a system to fairly distribute the money where owed, and your work will be added to that list.  If you have questions about this, or want to reach me, I'm available @ Dan.Sagmiller@LearnBuildPlay.com.  (All materials can include a link back to the owner on the initial kick starter project)