Bringing back the first code

A while ago, we chose as a group to move on from the blocky version I had, but that was also the farthest we had the code.  The team is not together anymore, and the project has fallen apart.  I recently took an interest in taking the first version of the code and continuing to work on that.  I've turned it into an Android compatible version.  I've also stripped out networking, as that needs the pro version of Unity + the pro version of Android (to work on android), at least the compiler tells me that.

Instead I'm making it a stand alone city builder.  Resources are all 0'd for now.  I'll be building up internal managers for this.

but here is the android test file:  http://1drv.ms/1lIGPXB

Initially, I'm finding the controls move too fast on my tablet.  Every click is so sensitive, that the screen goes flying.  and I can't bring up the menu.  perhaps with a pen I can.  But these are all bugs to start improving.  On Windows, with a mouse, it works just fine.  Click and the menu appears and then you can add a building. 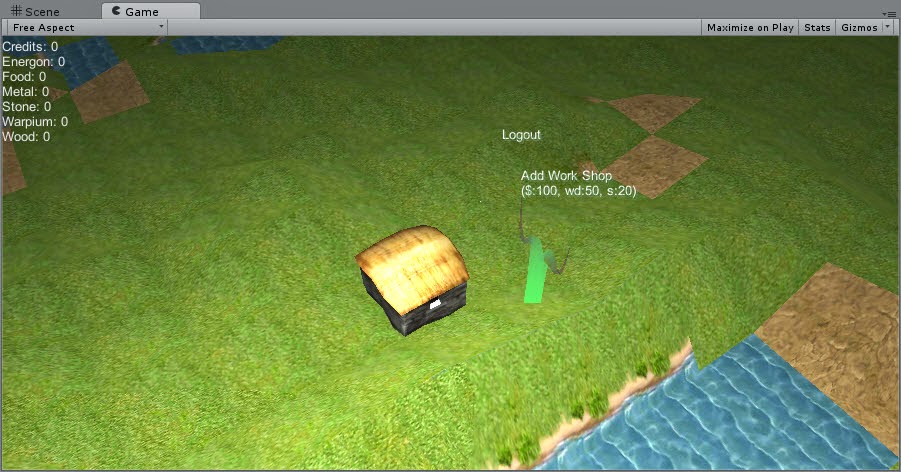 I only have one building added at the moment.  Prior, the list was generated by the server based on what you had permissions to use, so I need to move that control system to the client.  If it moves on like this, I assume this will just become a network free game.  Single Download and run.  Possible a permanent purchase booster pack for new buildings.


Posted by Dan Violet Sagmiller at 6:10 AM No comments: